When Isobel Campbell departed from Belle and Sebastian, she attempted to leave any evocation of the word “twee” behind as well. Milkwhite Sheets is the third record that sees her reaching deeper than those musical roots to put together an album of classic-sounding folk.

Recorded at the same time as last year’s Ballad of the Broken Seas, her latest (that was actually put to tape first) is a little less country, and a lot more traditionally British. It also jettisons Mark Lanegan, leaving Campbell as the lone voice. While the ex-Screaming Trees frontman’s husky vocals provided a great foil for Campbell’s wispy purr, in this folkier territory she has no problem going it alone. In fact, the vocal-only take of “Loving Hannah” proves that she doesn’t even need backing instruments to craft a truly beautiful take on a folk standard. The rest of the record is less sparse, but the arrangements are kept simple, never overshadowing the strength of Campbell’s gentle, airy coo. In addition, her own tunes stand tall next to the bevy of covers she tackles. The result is a record that collects a baker’s dozen’s worth of uniformly great tunes. The equal merit of the songs, however, is also the record’s biggest (and perhaps only) weakness.

If you could level a criticism at Milkwhite Sheets, it’s that it lacks any sort of dynamic. Taken song by song, there’s nary a dud in the bunch, but after three quarters of an hour, there are few standouts either. Standing alone, any of these tracks are winners, but as an album, the even tempos, even quality, and mercilessly even pacing glosses over the individual brilliance within. 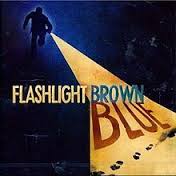