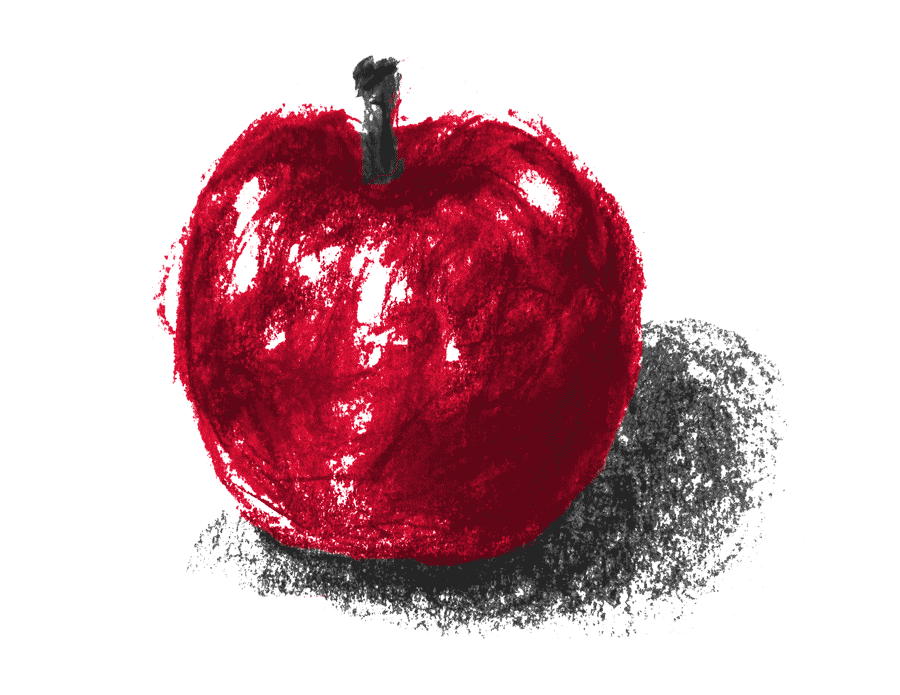 “The exhaustion of knowledge or experience can be this huge bummer of a burden where nothing surprises you or makes you curious ever again.”

“For lack of a better term, it felt familial, which is something, for all their ambitions, most restaurants can’t achieve. It felt closer to someone’s home than a meal out. And that doesn’t just come from the space, but it also comes up from the plates and smacks you on the tongue or in the nose or both.”

There’s a lot to miss about the way we used to eat. The way we used to be served or given food. There are a few aspects that I miss dearly, despite the general over-it vibe I had towards restaurants before the pandemic. When something gets taken away it’s easy to slip into nostalgia and pretend I wasn’t above it all only a year ago. But I do miss sitting on a patio, or at a window, and having that brief moment of connection when someone walks by and stares hungrily at your dish. Or when someone leans over from a nearby seat and asks what you ordered. As I sat on the floor at Unit 17, during The Neighbour’s Plate exhibition, this happened. Sort of. During that crisp day on West 4th Avenue, people still passed and looked in, but mostly they were taken aback or immensely curious, wondering what I was doing eating soup in a room that was categorically not a restaurant.

The Neighbour’s Plate, a group exhibition by Derya Akay, Amna Elnour, and Dana Qaddah, is in one room, with a big window that looks out on the street. There’s a table close to the ground surrounded by cushions, a small pass carved through one wall, and adornments on each wall and basically every other available space by the artists. Did I mention there’s food? There’s also food, which allowed me to indulge my other small favourite thing about eating something new: asking someone else to choose my meal because I am unfamiliar with what is on offer. Oh, what small pleasures! I spent my time in the space either seated or pacing the walls (at all times nibbling on some delightful small surprise). And besides the food, there’s also a whole collection to explore. The items that make up the exhibition are displayed about the room and require — or allow — one to get close to inspect them. Things like:

– labels from brands or ingredients unrecognizable to me.

– a bag of peppercorns or juniper berries (I stupidly didn’t ask for clarification) on a shelf above a photograph of entrails simmering in a huge metal pot.

Before I go much further, I have to admit that I’m a complete philistine. I know how to look at art (and honestly, maybe I don’t even do that very well), but that’s about it. I know how to appreciate the food laid out in front of me. But I can’t say that I can firmly interpret anything about The Neighbour’s Plate other than my own reaction. It struck me as equal parts collection/exhibition/presentation. While there was art there, the show seemed to take joy in sharing more than anything, which made me feel a few things.

Firstly, I felt welcomed. I know, right? Upon reflection, I think that’s pretty easy to take for granted. The exhibit conveyed this welcoming atmosphere — the feeling of being brought into a space and fed. For lack of a better term, it felt familial, which is something, for all their ambitions, most restaurants can’t achieve. It felt closer to someone’s home than a meal out. And that doesn’t just come from the space, but it also comes up from the plates and smacks you on the tongue or in the nose or both. The first bite I had was of a candied kumquat. I don’t think I’ve ever had a kumquat, though it seems possible I might have. Rather than recalling the flavour from the fruit itself, this bite actually tasted like the echo of some candy I used to eat as a kid, and for the life of me I can’t remember what it was. Regardless, it was here, in its natural form, simple and delicious. What followed were simple plates that stoked that familial feeling all the more. Pickled beets and rosemary shortbread. And what could be more familial than lentil soup and bread?

Secondly, there’s this other feeling that I wonder if anyone can really relate to (I’d certainly feel seen if someone read this and was like oh shit, I do that). I’m the type of person who heads to Famous Foods for some single obscure ingredient, and then ends up slowly walking the aisles and taking note of other obscure ingredients. I flip through my cookbooks and make journeys to distant corners of faraway stores to find small jars of that one specific thing. The Neighbour’s Plate managed to stoke that in me as well. Along one wall ran a shelf with foodstuffs, photos, packages, and labels, all of which merited a closer look. A small bag of seeds turned out to be tobacco. A tall box for a bottle of liquor was Arak — a cloudy, anise-flavoured drink very high in alcohol, which in turn led me to a Buzzfeed video of a bunch of Australians trying it for the first time and quite enjoying it, which shouldn’t have come as a surprise to anyone.

All of the googling and the note-taking made me feel like a philistine all over again. But this time, it was about something I thought I had a good grasp on: food. Being a white boy from the middle-of-nowhere BC, I grew up with so few worlds colliding with mine (unless you count the mystery kumquat-resembling candy). I studied and learned and practiced and tried to understand the world of food, and it resulted in me being Very Smart about it all. But really, I want nothing more than to be knocked on my ass by something new, to encounter something I don’t know much about. Some aspect of a meal shared, be it a table on the ground, or a candied piece of fruit I’ve never had. The exhaustion of knowledge or experience can be this huge bummer of a burden where nothing surprises you or makes you curious ever again.

To me, The Neighbour’s Plate is a collection as much as it is an exhibit. And to someone from a different walk of life, all that comprises the collection may seem like the typical detritus of a regular meal. A lot of what caught my eye as familiar only did so because I had a partner who was born in Iran. However, had I been the person I was five years prior, I may have been at a complete loss. I may have googled more, or studied more, or tried to understand — but I’d be missing crucial pieces of the experience. There is delight in that certain form of ignorance. Ignorance is an icky word in a lot of ways, unless there is some external force, like an art show, that pushes me towards a greater understanding of a topic I was smugly convinced I knew a lot about. 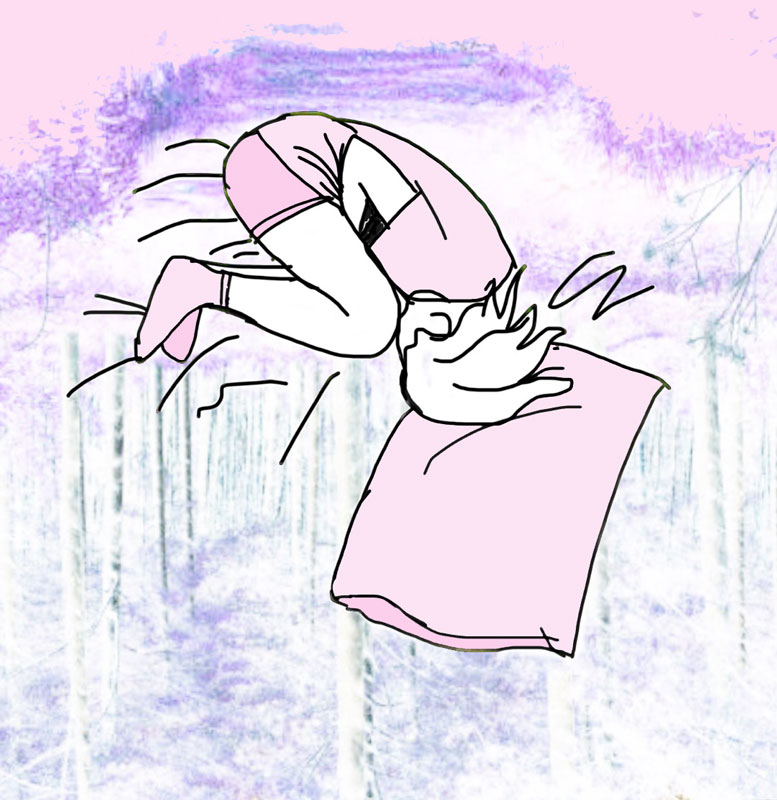 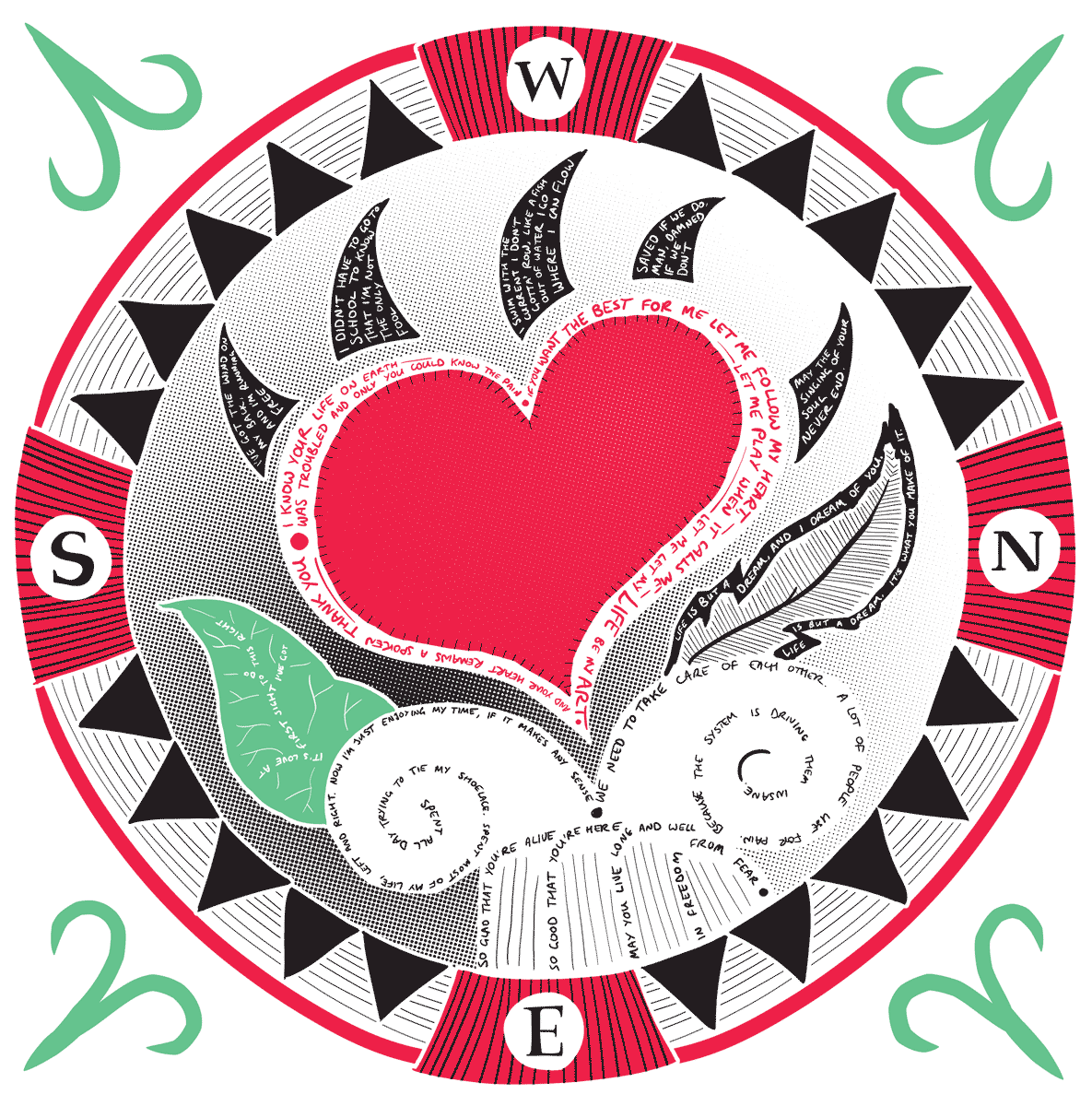 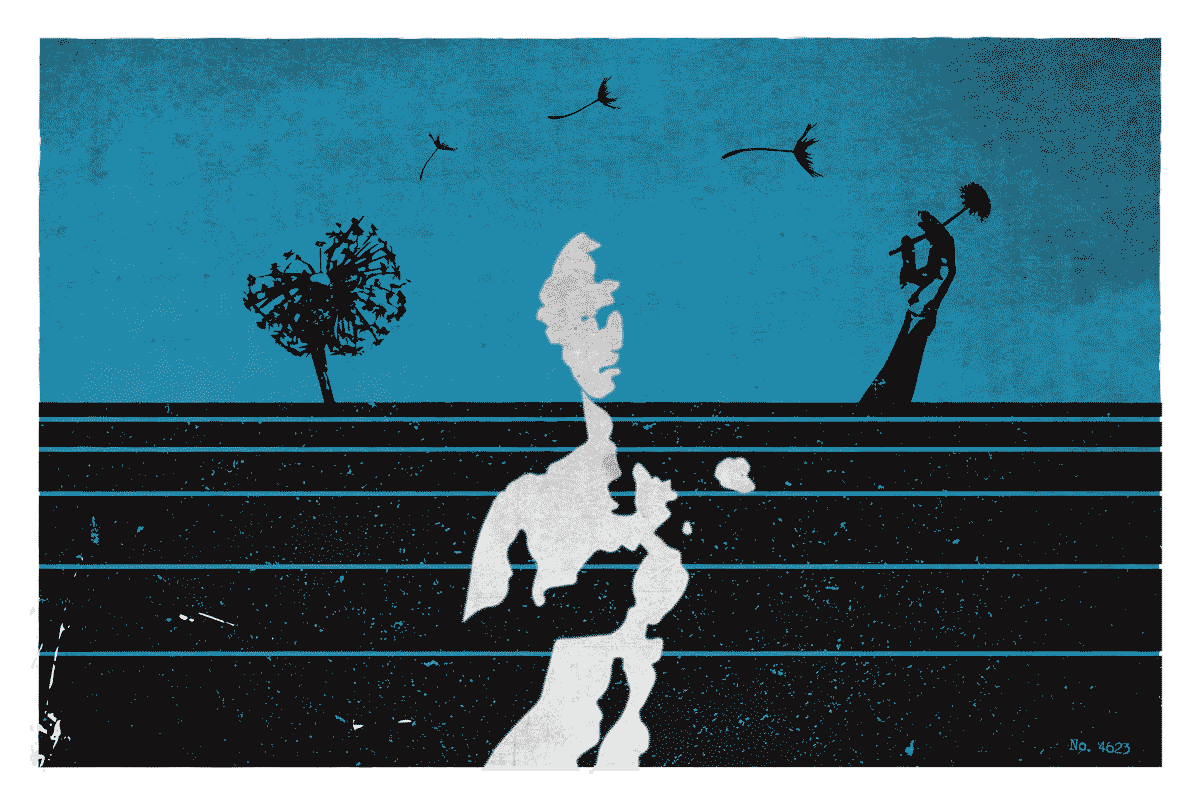