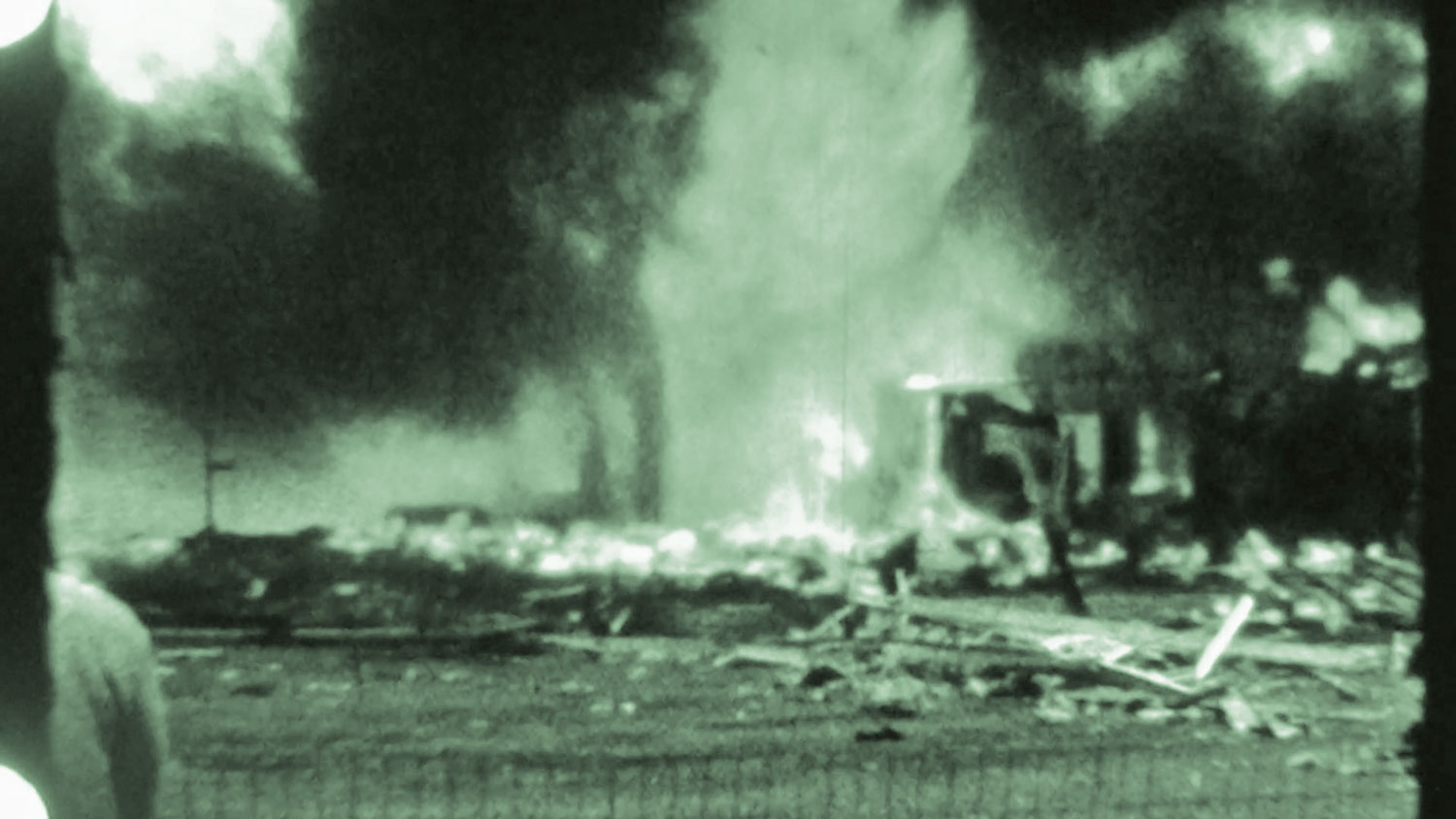 Cue mic-drop: The highest court of Canada has ruled in its sovereigns’ favour, affirming that lawmakers of Canada are not required to consult with Indigenous people prior to tabling legislation that could constitutionally affect their Treaty Rights. Canada continues to flaunt its ability to assert absolute authority by excluding Indigenous voices in the lawmaking process.

The argument brought forth by the Mikisew Cree Nation to the Supreme Court Canada proposed that Cabinet Ministers should consult with Indigenous communities prior to green-lighting projects where Indigenous Treaty rights would be affected. This logical approach and solution attempted to resolve infringement of Treaty Rights at the beginning of the lawmaking process. This forward-thinking concept would better establish genuine and meaningful two-way dialogue consultations between Indigenous communities and the state. It is extremely difficult not to feel suspicious of the timeframe of this ruling – with the latest Trans Mountain pipeline decisions and the Site C Dam in Treaty 8 Territory – where Indigenous communities have challenged the state regarding their consultation practices. The timing of this ruling is eerie in light of the Liberal government’s “Recognition and Implementation of Rights Framework” that is currently being rushed through legislation, which to many, lacks transparency and is a continued top-down approach to policy making. Despite the recent ruling from the Supreme Court, the Mikisew case stands to demonstrate that Indigenous people continue to threaten Canada’s sovereignty by challenging colonial law-making procedures.

The title of this piece, “All these Treaty Rights and still not treated right: Honour our Treaties” reflects one of my favorite political t-shirts designed by Indigenous clothing line Section 35. As an Indigenous student on campus, majoring in First Nations Indigenous Studies and Gender, Race, Sexuality and Social Justice, I worry what this recent decision will mean for the future of law-making. My concerns are based on the Supreme Court’s prejudicial ruling that will continue to force Indigenous communities to dispute harmful legislations that violate Treaty Rights through the court system only after legislation has been enacted. Placing the ominous task of challenging disputes through legal systems onto small communities is unethical. This devious tactic undermines and by-passes responsibilities set out in the Treaties, which are still in effect today. In light of this ruling, the Supreme Court also acknowledges that the government still has an obligation to act respectfully by “honour[ing] the Crown” when drafting legislation affecting Indigenous people, but why do they “honour the Crown” and not our Treaties?

Regarding the issue of consultation, this case also prompts us to critique Trudeau’s alleged commitment to the United Nations Declaration on the Rights of Indigenous People (UNDRIP).  Specifically, Article 19 outlines the expectation of consultation with Indigenous people to “obtain their free, prior and informed consent before adopting and implementing legislative or administrative measures that may affect them.” Supporting UNDRIP while refusing to readjust law-making policies is contradictory. So, which is it: does the government want to commit to UNDRIP or do they just want a shiny global image as a benevolent leader? Treaty agreements and acts of reconciliation are not a dance of hokey pokey – you cannot choose to put your foot in or out when it suits your government best. Our Treaty Rights have been in place long before the government set their sights on mountain pipelines or energy dams and we will continue to fight any government that tries to bypass those rights with continued colonial legislation.

The importance of Treaty agreements continue to be an essential element in current day policy making.  Prior to contact, Treaties were used as frameworks for trade alliances, relationship negotiations and access to shared resources on ancestral lands. In a colonial context, the Numbered Treaties (1-11) signed post-Confederation, were created to work-around the terra nullius doctrine and were foundational to the development of Canada as a country.  The Treaties established nation-to-nation relationships between Indigenous people and the British Crown. They are directly tied to Canada’s claim to sovereign power, as it was through the Treaties that land was partitioned for settlers to settle.  Thus, the Treaties cannot simply be absolved in a current, modern-day context as it would directly threaten and challenge Canada’s claim to land that was already occupied.  Although treaties have been restructured and violated many times by the government, Indigenous activism continues to confront these infringements to assert self-determination as sovereign nations.

Although the outcome did not rule in their favour, the Mikisew Cree Nation and other Indigenous communities across Canada will continue to find new ways to challenge governance structures that affect Indigenous Treaty Rights.  I raise my hands in solidarity with the Mikisew Cree Nation, located in Treaty 8 territory in Northern Alberta, for all the energy and effort they put into this court appeal and their continued perseverance to push forward despite this recent Supreme Court ruling.  I would also encourage everyone to learn more about Treaty Rights – both in a historical and current context – and what they hold for us in 2019 onwards. Indigenous people will not be pushed to surrender our Treaty Rights and sovereignty. There needs to be respect and reciprocity, as it was originally intended. We’ve upheld our end of the bargain – it’s about time Canada did too.

Hot Head is a feedback, rant/rave section dedicated to your unedited reflections on the Vancouver arts/music/social scene. If you have thoughts or comments about a specific event, something you heard on CiTR 101.9FM, something you read in Discorder Magazine, or a topic that relates to our readership, send it to us.

I have complicated feelings about being tokenized. At first, when everyone started getting “woke” and realized that all white bills are not only perpetuating white supremacy, but supremely boring, I was getting hit up left right and centre to be the token brown chick on the bill. Not ignorant to the fact that I was being asked to perform or contribute not based on the merit of my work but based on my identity, I still welcomed the opportunity to cash in on white guilt. But you know what I have realized… there was no “cashing” in for me. At the end of the day, the people benefiting from having me on a bill or on a contributors’ list are the people who already were in those positions of power pre-wokeness. Capitalism doesn’t recognize tokenism; it is designed by and for white people and everything else is just a tool for white people to get paid.

That, though, was in the early days of tokenism. And by early days, I mean a couple years ago – things move fast in the world of identity politics. Now, I see the same white people and people in positions of power, adopting foreign sounding middle names, aligning themselves with the right feminist movement, and saying the right jumble of trans-queer-poc-femme words to align themselves with an oppressed identity, and thereby exploiting it for their own monetary gain. Let me tell you as someone who has a handful of the trendiest oppressions under my belt: being oppressed is not cool or fun. My whole life I wanted to be white, to not be poor, to not be an immigrant, to have a normal ass name, for things to be easy. So now when I see people adopting oppressions like hairstyles, I get upset. When a POC person gets upset, they are not described as passionate about injustice, they are seen as angry, dangerous, violent – and white people are so good at victimizing themselves, that I am painted as an aggressor. So I keep my mouth shut, occasionally writing (not so) anonymous letters to publications in which I’m sure I’ve been a token for before.

I have thought long and hard about how I can tackle this situation personally. My first instinct has always been to try and educate people, but my seething anger and empty wallet has driven me to a new solution: every time my identity gets exploited to benefit someone other than me, I want $100. For example: my photo has been used before, without my consent, in a publication run by misogynists for an article about women DJs in Vancouver. I am not a DJ. I was doing sound at the event. Right underneath my picture, there was a line saying (paraphrasing here) “often times POC people get tokenized in this community”. They get tokenized in every community, honey. I want my paycheque.—I’ll give you 1 guess

It’s not recognized often enough just how difficult it is to get a job.

I’ve been looking all over major cities, applying to anything remotely similar to what I’m studying, and I’ve hardly hear back from anyone. I know that many of my friends have had a similar experience, and I can’t think of anyone in my program that has a relevant summer job lined up.

It’s hard to find a job in general, but my experience makes me familiar with how difficult it is to get a job as an undergraduate student. No matter how senior you are in your studies, it seems employers view you no better than a high school senior until you’ve finished your degree. I’ve heard it doesn’t get much better once you’ve recently finished your degree either.

Students’ limited availability is another factor that bars them from getting a significant job. Whereas people not in school could work an, honestly, shitty job for a fair amount of pay, those types of jobs don’t hire people with limited availability that school inflicts upon you.

All of this is made even harder when you’re looking for a creative job. Jobs in fields like writing, radio, and illustrating are far and few between, and often don’t pay a liveable wage.

Unpaid internships are criminal. If you know anyone making use of them, implore them to stop their exploitation.

The competition of creative jobs is frankly heartbreaking. I’m friends with near everyone in my small program, and we care about each other a lot, but how can we not wish them ill-will if they’ve applied for one of the few creative positions that we have also applied for? And who could blame any one of us from refraining from telling the others about a job, so as to not have to compete?

The solution is one out of reach of individuals, creatives, and students. The solution that I’ve long propositioned for is a basic income for every citizen. Automation has already reached levels that make human labor essentially unnecessary. Our current economy isn’t built for that circumstance. What has happened throughout history is that when there are major technological shifts, and labor supply/demand shifts, a new economic model surfaces. However, many of these new modes have been transitioned by revolutions, so be prepared to rise.

If you have access to influence anyone that is a gatekeeper of jobs, especially relevant creative jobs students could undergo, implore them to HIRE STUDENTS. Or, at the very least, have them offer to mentor, providing proper payment when labor is expended by the mentee.

Email Hot Head submissions to editor.discorder@citr.ca with “HOT HEAD” in the subject line. If you wish to submit anonymously, you can indicate it in the email or send your feedback through an anonymous email website.

By submitting to Hot Head you are consenting to having your words published in the magazine and online.