Day 1
When Explosions in the Sky released The Earth is Not a Cold Dead Place in 2003, the passionate post-rockers hit upon a musical sweet spot that appealed to more than just the obscure circles in which they were previously worshipped, landing them on the soundtrack of Friday Night Lights and associating them with a generation of football jocks. Despite the album’s success, the band chose not to linger, preferring to take cautious yet expansive explorations with their sound, of which their fifth studio album, Take Care, Take Care, Take Care, is a result.

The difference is apparent from the very first track, “Last Known Surroundings,” which is driven far more by ambience than the reverb-drenched guitars of their earlier epic pieces. Incorporating a more pervasive, front-and-centre use of feedback, sporadic use of sampling, and more diverse percussion, the band is clearly playing around with their structure and instrumentation. The second track, “Human Qualities,” is a slow-grower that lives up to its title by building up with frantic hand-clapping arrangements, playing with a more delicate human element. While “Trembling Hands,” the shortest piece to ever come from the band, seems to start off where Arcade Fire’s “No Cars Go” left off, it soon mobilizes itself with near-mechanical snare rolls and echoing sampled cries.

With its more adventurous approach, the album takes its very own pace to explore and experiment, building up, climaxing and falling apart in subtle ways that might lack the catchy immediacy that brought EITS their wider recognition. Regardless, Take Care, Take Care, Take Care makes for a very rewarding listen if you’re willing to give it the time and room to unfold. 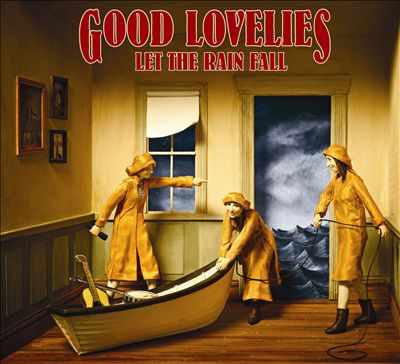