Double-disc re-release? Sweet fancy jesus cakes! It’s been ab-out two years since Dan Snaith made the notorious nomenclature switch from Manitoba to Caribou, so it’s high time to pimp the luxuries of a name change and throw a collection of early material to the masses. The disc brings together a handful of EPs anchored with a re-release of Snaith’s first album as Manitoba, 2001’s kaleidoscopic Start Breaking my Heart.
Consider it an aural buffet of Manitoba’s younger years. In addition to the full-length, the compilation contains early EPs like People Eating Fruit (2000), Paul’s Birthday (2001), Give’r (2001), and If Assholes Could Fly this Place Would Be an Airport (2003). Subtle and sparse, the new Start Breaking my Heart collection serves as a reminder of a pared-down Manitoba, anticipating the searing abandon of 2003’s Up in Flames and last year’s jangling Kraut revival, The Milk of Human Kindness.
The sprawling headiness of “Evan Likes Driving” wraps itself in a twilight curiosity whose composition is less occupied with the sonic tension and release of later works, focused instead on exploring bright spectrums of quiet, textured soundscapes. “Tits & Ass: the Great Canadian Weekend,” hailing from the appropriately-titled Give’r, articulates a fascination with Canadian hoser discourses that continues to creep into Snaith’s music. “Webers,” from the same disc, is a quick wander into hip hop territory that is more thoroughly sounded out in “Leopards” on The Milk of Human Kindness.
Indeed, the material on Start Breaking my Heart seems to have laid the groundwork for Snaith’s admirable career, and the careful math of his sound is perhaps most apparent in the spaciousness of this compilation. Since releasing his first recordings, Snaith has earned a Ph.D in mathematics from Imperial College in London, England: the Start Breaking my Heart re-release is a collection of some of his most calculated pieces. 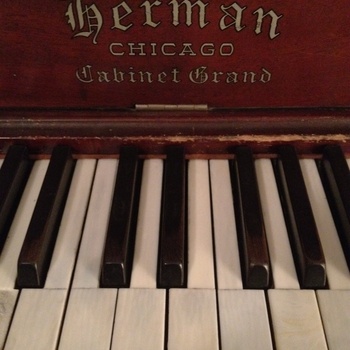