I honestly don’t know what to say.

In expressing this lack of verbiage, a friend suggested that I start this review off with “every party I’ve been to in the last three and a half months has played at least two tracks off this album. And I go to a lot of parties.” Unfortunately, I don’t go to a lot of parties, so I wouldn’t know if this was true or not. Enough about me, though, and more about Arular.

Take Jamaican dancehall, German techno, and Japanese glitch. Throw them in a blender, along with a healthy portion of so-called world music. Layer in Maya Arulpragasam, sometimes singing, sometimes rapping, on all sorts of topics from globalization and the Tamil struggle to the seemingly incomprehensible (what the hell is a Galang, anyway?). It’s a dense album, layered with both sonic textures and meanings; “Pull Up the People” has rather an obvious message, but “Sunshowers” carries multiple themes which only make sense after repeated listens. I could go on about nuance and detail and all those silly things us music geeks love to froth about, but there’s no substitute for actually picking up a copy of the album. So go. You won’t regret it. 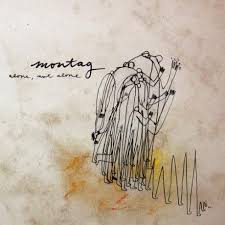