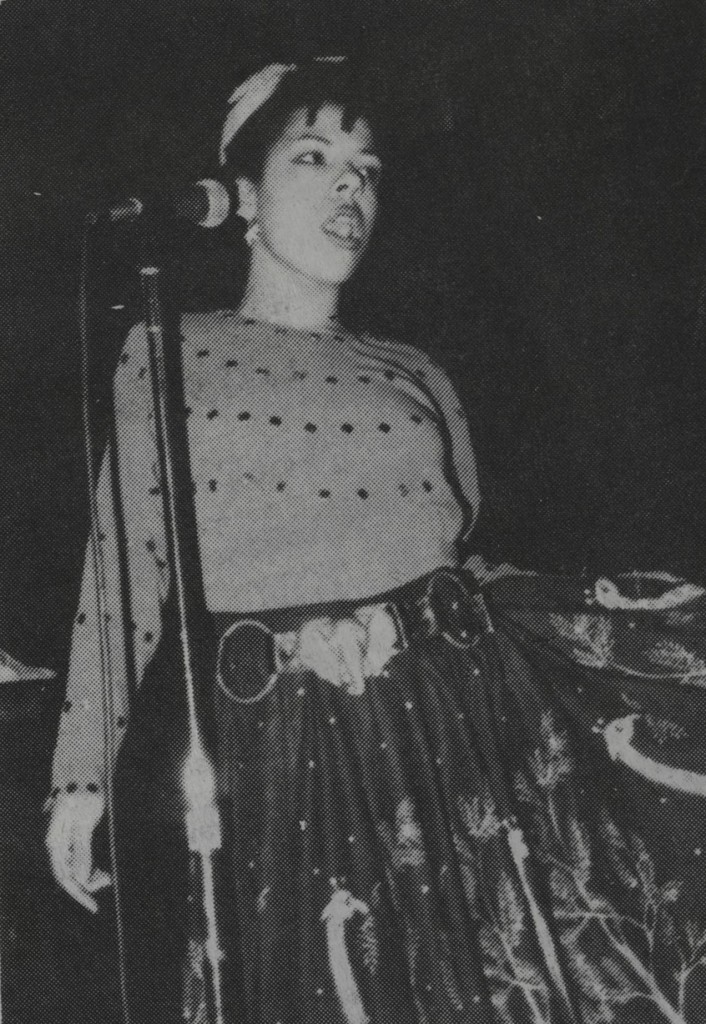 This week, From the CiTR Archives highlights a classic 1984 performance from Vancouver post-punk favorites, Bolero Lava!

Winners of CiTR’s Hot Air Show (the precursor to Shindig!) earlier that year, Bolero Lava used their prize of 24 hours at Little Mountain Studios to produce a 12″ single with the legendary local MoDaMu, before founding their own Lava Rock Records imprint.

Describing themselves as “psychedelic jungle music”, Bolero Lava had a dark sound reminiscent of contemporary work being put out by 4AD and their ilk, but with an internationally-minded rhythmic pulse inspired by Afrobeat music and more. The band’s original lineup consisted of Vanessa Richards on lead vocals, Lorraine Tetrault on keyboards, Laurel Thackeray on bass, Phaedra Struss on guitar and Barbara Bernath on drums.

This in-studio appearance was recorded and broadcast on our Sunday Night Live program, May 18, 1984. Now, thanks to the CiTR Audiotapes collection from UBC Library Open Collections, you can stream or download it any time!