Tonight on the Arts Report – 5pm to be exact – we continue our focus on film. Last week we had a Vancouver Queer Film Fest gab fest that is worth checking out. This week we look at the Vancouver Latin American Film Festival, and a UBC web series Blank Verse.

VLAFF runs Aug 30 – Sept 8. Enrique Vázquez Sánchez will be joining us in studio to talk about his short film Strings Attached, in which a young Colombian boy travels around Vancouver trying to find his father, who has been incarcerated. We’ll talk about the film, and how his Canadian experience and Latin American background translated to the film, on and off screen.

Then we will be talking to members of the team Blank Verse, the latest UBC project to perk our interest here at the Report. This time they are combining new media with literary history, with their web series on how Shakespeare might roll if he was a young gun writer in college. Episode 1 is to be released soon, and here’s the prologue. 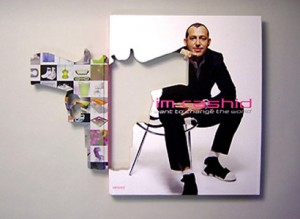