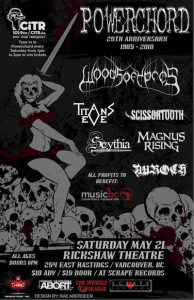 25 years ago two people who went by the names of Metal Ron and Gerald Rattlehead came together and created the greatest heavy metal show the people of Vancouver had ever heard, and the name of that show was POWERCHORD!

To celebrate its 25th anniversary and being Canada’s longest running metal radio show current hosts Geoff, Marcia and Andy have decided to throw a big, headbangin’ bash down at the Rickshaw Theatre on May 21st so get on your black leather and spiked gauntlets because it’s time to get metal.

The acts playing that night are Aurosch, Magnus Rising, Scythia, Scissortooth, Titans Eve and headlining the event are Woods of Ypres.

To get your hands on tickets call into Scrape Records at 323 East Broadway where they’ll be selling advance tickets for $10 or you can pay in at the door for $15. All proceeds will go towards Music BC Charitable Foundation’s Adopt an Instrument Program. 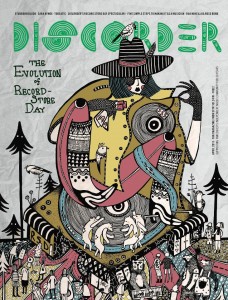 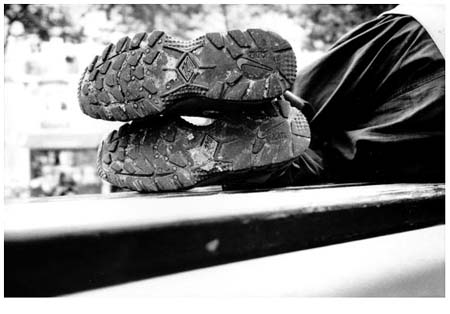