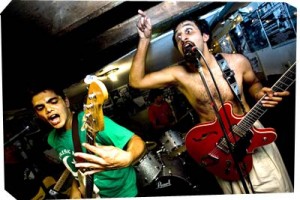 Misfit Muslims the world over are embracing a new subculture called Taqwacore, a.k.a. Punk islam. TAQWACORE: THE BIRTH OF PUNK ISLAM is the story of the three unlikely rebels who dreamed up the whole thing. Written and directed by Omar Majeed, this Canadian film chronicles Michael Muhammad Knight and the movement inspired by his 2003 novel book The Taqwacores. Taqwarcore screens Saturday October 3rd at 9:30 pm and Monday October 5th at 1:15 pm at Empire Granville 7. Tix are $11.