Contrary to what you may or may not have been told, Shambhala Music Festival is not held in outer space. But considering its remoteness, heart-stopping volume and 10,000 sparkle-encrusted attendees, it may as well be.

It’s a place where crystal healings and beatboxing tournaments happen in confusingly close proximity; where entire rivers are inexplicably dyed fluorescent green; and where motorized couches pass as entirely reasonable means of transport. Hosted on a 500-acre cattle ranch near Salmo, B.C.—about an eight-hour drive from Vancouver—Shambhala is a dance party destination for those craving spooky encounters of an electronic kind.

The first thing you would notice when arriving at Shambhala is the constant drone of bass. At all hours of the night and in every corner of the forested campgrounds you are followed by a dizzying wobble, a pulsating thump and an occasional bout of spontaneous bleep-bloops.

That’s because the festival’s six stages are decked out with intimidatingly massive sound systems, capable of spraying up to 130 decibels of amped-up electro madness. (For the sake of comparison, that’s a handful of dB short of a jet engine at close range). For better or for worse, this ensures nearly everybody on the ranch continues dancing well past dawn.

Shambhala stacks are custom-designed by PK Sound, an Alberta company that specializes in all things bassy. “We’ve always been into bass music,” explained Jeremy Bridge, sound engineer at PK and director of The Village stage. “Ever since the beginning, we’ve always wanted to build a sound system that caters towards dubstep, glitch and the electronic scene in general.”

Bridge himself is a DJ and producer, who performed at the festival under the name Subvert. “It’s something we’ve felt other stereo systems lack. … A lot of the speaker companies out there were born in the days of rock and roll, and so their designers catered to what they love,” he said.

“We all come from the electronic music side of things. That’s what we love, that’s what we design for,” he added.

More than 200 bands and DJs camped out in the woods for a chance to be heard on such coveted amplifiers, including Bassnectar, NERO and up-and-coming Brooklyn disco duo Holy Ghost!. In the past, the festival has also hosted some prolific bass innovators, including New York’s Drop the Lime, and Skream from the UK.

At Shambhala the tunes are not just heard, but felt. Sound waves reverberate in your chest, making for a visceral, bodily experience. “That has to do with the amount of low-frequency reinforcement we put in,” Bridge said of the adrenalin-rousing phenomenon. (Translation: they’ve got a shitload of subwoofers). The Village stage boasts 21 carefully-placed subs, a number Bridge said is probably double that of a comparably sized rock venue.

Hence, when a Shambhala vet like Bassnectar gets behind the DJ booth and begins weaving brain-fracturing beats on the fly, the result is a little bit insane. “I had to give myself a time out after that set—I couldn’t handle it anymore,” Bridge recalled. “It was just so awesome—I had to.”

Bassnectar’s set, though undeniably epic in volume and energy, was not without its complications. “There was a little mix-up, a few breakers blew, and the sound was funny for two or three minutes,” Bridge said. “It was a little bit of a heart-racing moment.”

Now in its thirteenth year, Shambhala has established a core group of Kootenay-area DJs, including Shasta, Excision, Lion-S and Adham Shaikh. These guys have been around since the festival’s beginnings, and can expertly adapt to the whims of a crowd. At times it feels like the festival itself has spawned its own bizarre brand of psychedelic forest DJs, best exemplified by Organic Mechanic or JPOD (the beat chef).

Vancouver was well represented this year by Longwalkshortdock, Glitchy & Scratchy, Love & Electrik, Five Alarm Funk and Sweatshop Union. All were met with huge crowds of sweating, costumed dance-a-trons and left with new fans and followers. (Apparently My!Gay!Husband! was there too, but he neglected to show up for his 3 a.m. set). [ed. Tsk tsk.]

“The vibe just keeps getting better and better every year,” Bridges said of the sold-out 10,000-person crowd.

But because Shambhala is so far away from the West’s major metropolises (Calgary comes in closest at seven hours away) the festival remains a well-kept party secret. “You have to really want to go—which sort of filters out the bad eggs,” he said. 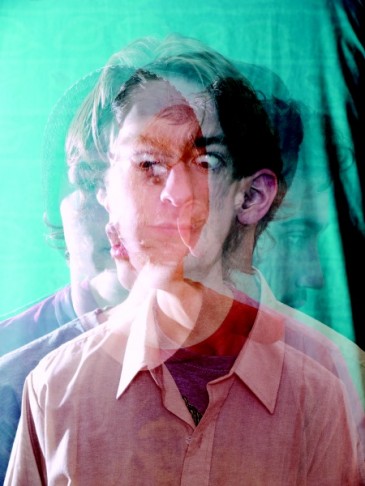 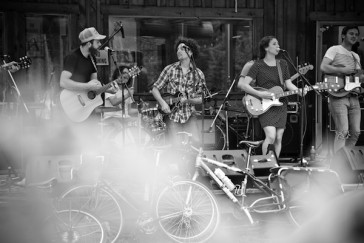