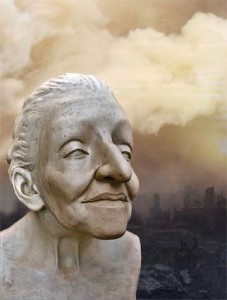 Penny Plain
A riveting apocalyptic tale where there are serial killers, talking dogs and mysterious strangers, Penny Plain’s narrative is all portrayed through the blind eyes of Penny Plain. Even without his vision, Penny Plain is aware of the mankind’s despair as the world slowly disintegrates. Penny Plain is brought to life from his still-life puppet shell by Ronnie Burkett and his Theatre of Marionettes. As one of Canada’s leading puppeters and theatre artist, Ronnie Burkett displays his distinctive style through some dark laughs in this gothic thriller.

Happening from now until Dec 17th at The Cultch.

Playing from this weekend on Dec. 2nd – 4th at the Firehall Centre for the Arts.

Plus… DareArts and False Creek School are collaborating to Vancouver Playhouse Theatre Company for a production of La Cages Au Folles to address gender roles and bullying.

A refreshing twist on Wizard of Oz at the Carousel Theatre that is fun for the whole family.